A recently refurbished waterfront restaurant in East London has been boosted further with the appointment of a new head chef.

Motzek, an East Londoner, originally from Katowice in Poland, previously held the position of Executive Head Chef at Sunborn Yacht Hotel, before taking on the new role. 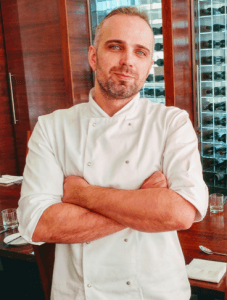 Motzek said, “Having travelled widely from an early age, I have developed a passion for discovering and trying new and exciting world ingredients.

“This has really been the inspiration behind my new menu. I want guests to feel at home when they come to Docklands Bar & Grill, no matter where in the world they’re travelling from.

“For me, it’s all about fresh, simple, fusion cooking that won’t break the bank.”

Motzekl’s appointment follows the hotel’s £70k investment in a new-look restaurant, reflective of the local environment.